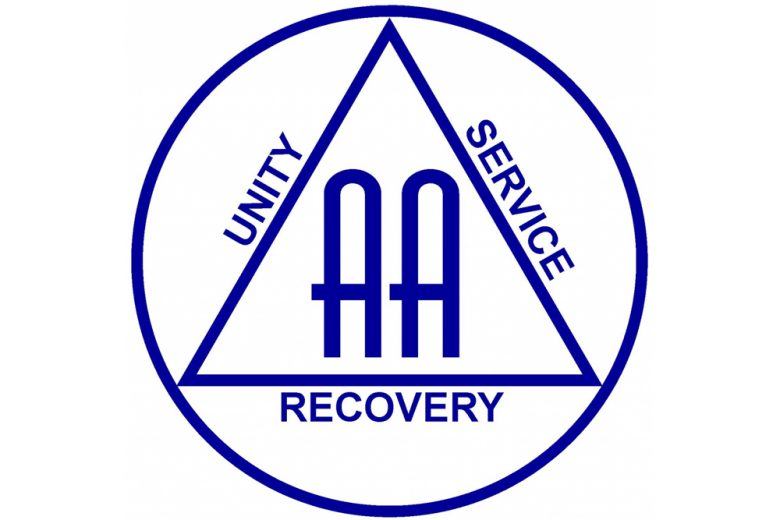 Alcohol is a legal substance, so if you drink it, you won’t get in trouble with the law. In fact, a lot of people drink alcohol as a way to relieve stress and to have fun with their friends. As long as you moderate your drinking, it should not cause any problems for you.

But if your drinking habits run out of control, you will run into issues. Drunk driving, for example, causes a lot of traffic accidents, car crashes, and deaths. Alcoholism can also trigger violent behavior; in fact, many crimes are committed by those under the influence of alcohol.

Also, if you become addicted to alcohol, it changes your overall lifestyle. Things you used to enjoy, like hobbies or sports, no longer appeal to you. Instead, you’d rather drink more alcohol. Also, your circle of friends would change. Instead of spending time with your usual friends, you would prefer to hang out with your drinking buddies. In turn, your relationship with your family will also be affected. You may even neglect family responsibilities because you’d prefer to spend more time drinking.

At this point, the addiction to alcohol has taken control of your life. You would need help to overcome it. Alcohol rehab programs are widely available, but the cost may overwhelm you. Don’t worry, though, because there are more affordable options like Alcoholics Anonymous (AA).

AA is a peer support group that uses the so-called 12-step method. It focuses on a spiritual approach to recovery from alcohol addiction. The 12 steps are:

When you join an AA group, you’ll often have a sponsor. Then, you typically meet daily for one to two hours each. You’ll be recommended to join at least 90 meetings in 90 days. It may be a long process, but many rehabs have a similar time frame. The extra advantage of AA is that you don’t have to stay in a center for three months. You just have to go to the meeting venue every day.

At any point in your life, you can revisit any of these 12 steps. Also, you can go through all 12 more than once if necessary.

How effective is AA? 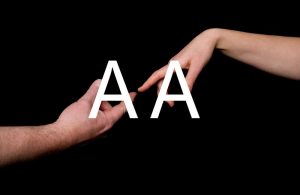 The “success” of AA is pretty hard to define, as different people have different outcomes after regularly attending AA meetings. Some members never experience relapse, while others do. Some of those who relapse only experience it once, then stay sober in the long term.

Not a lot of studies have been done on the effectiveness of AA groups. Because they strive to be anonymous, participating in studies may compromise the members’ anonymity. Most members prefer that whatever they do inside the group stays in the group.

Another thing is that many members do not want to admit to having a relapse. Thus, it’s hard to get the numbers for a success rate.

Some AA members also drop out of their groups in the middle of things. According to some studies, around 40% of members quit AA during the first year.

Some recovery experts criticize AA for allegedly having really low success rates. Most of them report figures between 8% and 12%.

The AA organization conducted its own study in 2014, surveying 6,000 of its members. They found out that 22% of them stayed sober after more than 20 years. A higher proportion (27%), though, stayed sober for only less than a year.

The National Institute on Alcohol Abuse and Alcoholism (NIAAA) also performed a long-term study on people suffering from alcoholism. One-year and three-year follow-ups revealed that 50% of those who entered AA on their own abstained from drinking, while only 25% of those who have had formal treatment were abstinent. After eight years, though, the numbers were much closer: the abstinence rate is 49% for those who went through AA and 46% for those who had formal treatment.

The study concluded that having both formal treatment and attending AA meetings helped people recover from their alcohol addictions. Also, AA is quite effective in helping people stay sober in the first few years of recovery.

Should I seek out an AA group? 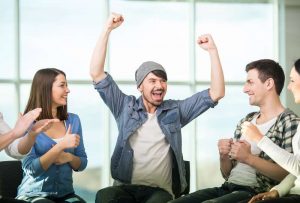 If you’re experiencing alcohol addiction, AA is a good avenue to help you regain a sober lifestyle. If the spiritual aspects of AA are not an issue to you, then it’s good to join a group.

If you already are going through formal treatment, you may still join AA if you like. It’s a helpful addition to your current therapies, as the studies above have shown. Also, the interactions with other group members can be therapeutic by themselves.

However, AA is not a substitute for rehab. If your struggle with alcoholism is particularly bad, you might need medications and psychotherapy. AA cannot provide these, as their facilitators are neither medical nor mental health professionals.

Also, if you’re not quite comfortable with the spiritual aspects of AA, you can find other support groups that suit you. Despite the many people who attest that AA is effective, it is not a one-size-fits-all solution. There are other peer support networks that could be better for you.